How time flies! First three weeks is almost accomplished. Yeeey 🙂 I know I want’ to write  a weekly blog about it, but I was so soooo busy the last three weeks. It was full of ups and downs hahahaha!

So what happened in my first week? As you know, I was five and a half weeks in the Philippines and when I came back to Germany I had a really really reallyyy bad flu. I thought after a week it would be gone, but it took two annoying weeks. In my first week, I couldn’t manage to do any sport 😦 because I was taking different medicine, especially antibiotics. Also my foods was very restricted for example I wasn’t allowed to eat foods with acid like orange, pineapples ‘coz it wouldn’t agree with the antibiotics. Also I was eating a lot of carbs in my first week because I felt so floppy. It was really bad. Altogether I was just ill in my bed. That’s also a reason why I didn’t blog about my first week, because unfortunately nothing happened in my first week. But what about my second week? I’ve improved a lot hehehe. My Monday during the second week was horrible. I was still feeling a little bit sick but I went back to work. It was a little bit stressful, I had a lot of ToDo’s at work, meetings and I arrived very late at home. Had a few doctor appointments and it was a bit stressful too because Kevin’s school just started, so I needed to buy school stuffs. Though, I could still do something for my diet 🙂 I used the time to do some researches about diets and healthy eating. O M G, there are so many diets. Low-Carbs, High-Carbs, Low-Fat, High-Fat, Paleo-diet and different programs like ten-weeks-programs or 12-weeks-programs. I will not list it at all now. But I know one thing, I don’t only want to change my eating habit only for a certain time. And also I don’t want a strictly diet like low-carb or whatever. I want a balanced diet. So I read a lot of results and reports about weight watchers. Sooooooo I decided to sign up for Weight Watchers. And I already tried it in my second week. 🙂 Look at thoooose foodporn 🙂 🙂 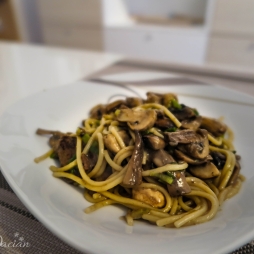 So far, I really like the concept of Weight Watchers. Especially I don’t need to cook separate for myself and my family. It is a balanced diet and I can easily add my diet plans in my daily routines. It won’t make my daily routine complicated. I still decide what I want to cook and what I want to eat. The thing is, that I learn to choose the right amount and ingredients. What I mean is I learn to choose healthier foods. I have a personalised budget which I can spend on any food I like. According to the motto “Stick to your budget and you will lose weight”. Another thing is that I need to track everything what I eat. It doesn’t take a lot of time, I can easily track it with an app. It was always my problem that I don’t have any idea what to cook and in Weight Watchers there is a huuuuge database with thousands of recipes. A disadvantage is that it’s a bit expensive. But enough talk about Weight Watchers. 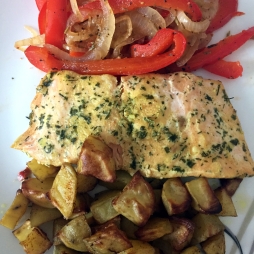 Salmon with bellpeppers and potatoes

Also I started to get my “basic fitness” back. I don’t want to start lifting weights yet or anything in particular, because first I want my “basic fitness” back. So thats what Im currently working on. And when I got it back, of course I want to adapt my fitness 🙂 I have a Cross Trainer at home, already since a year I guess. Till last week it was only a dust catcher hahaha but I started using it again. First I was like OMG Im running out of breath. I was really exhausted. But I must say I felt good after every cross trainer session. 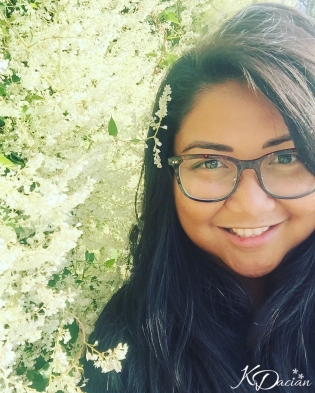 And during my first three weeks my family and I also went to the restaurant because it was Kevin’s first schoolday. My workmate celebrated his birthday at a burger restaurant and my husband brought some Chinese to-go today! As you see I am not starving 🙂 Of course my diet could be more strictly so I could loose some weight faster, but I know me. If I would stick to a strictly diet plan, sure I would loose weight but I also would loose my motivation already after few days. I hate strictly diet plans. So I prefer it more balanced and in my own way ❤