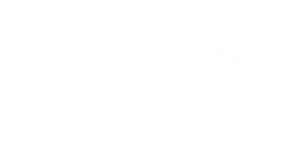 by Kimberly A. Seufert

Our vacation this year in the Philippines was during the rainy season which is also the monsoon season. Its between May and November.

The locals were all wondering why do we visit Philippines during rainy season and that it seems a worst timing. No its not! For me or other travellers, it is a great timing. Ive been here in the Philippines during hot-season or rainy-season. During hot-season (summer) the temperature is almost too hot, a bit too much! Especially for us, who aren’t used to temperature like 40 degrees, it is almost unbearable. Last year it was even higher than 40 degrees. A lot of people think just because it’s rainy-season it rains all day long or everyday. But it doesnt!! Im still here in the Philippines and it was only one day that it rains a lot. But the other days it didnt rain or when it was raining, after an hour or half an hour the rain stopped. So I prefer the rainy season much more than the hot season because the temperature is much more pleasant. And believe me it is still hot and sunny!

Another reason why I prefer the rainy season, and also a lot of other travellers, is that the rainy season also means off season. A lot of hotels, resort or tours are cheaper than in hot season. And the island is not very busy. For example we’ve been in Subic Island in Matnog and we almost had the whole island for ourselves. There were only us and two other groups. It was great and very relaxing! Also our flight was a bit cheaper, it was not a remarkably great difference, but it was still cheaper.

Another advantage is, that during rainy season most of the hotels or resort are not fully booked. So you don’t need to book it in advance and you are much more spontaneous.

But of course there are also some disadvantages with travelling during rainy  season in the Philippines. A few tours is only recommended or possible during hot-season, for example the whaleshark attraction in Donsol. You need to know that. On the otherside for surfers or kite surfers, the rainy season is the best! Yesterday was a tropical typhoon with signal no. 1 but you can’t anticipate a typhoon in your plans. It comes when it comes.

So, of course it depends on YOU which season is better for your journey. But I can say that travelling in the Philippines during rainy-season is absolutely not as bad as some people think. Im having a great time here in the Philippines.