After two weeks my vacation is almost done. So I take a time to tell you about the hotel, our flight and the trips we made.

So first of all, I love Thailand so much. How I wish to stay longer. But unfortunately, as you know me, Im a bit workaholic and my job is calling.

My flight was from Munich.  First we had a stop over in Abu Dhabi then from Abu Dhabi to Phuket. I cant tell you how much the flight exactly was, because I had an All-In booking through an agent in Germany. But probably it would cost you 500-600€ per adult.

I chose to stay in one resort because I only had two weeks. I didnt want to travel around from south to north or something, because it wasnt worth it if you only have two weeks. If I had like at least three or four weeks vacation, I would probably travel around from south to north. Well, I wish I had four weeks to see more from Thailand. So during this vacation I stayed in Sunwing Kamala Resort. Its a family hotel and very very kids friendly. I chose that because I travell with my hubby and most of all because of my little brother who also join me in this journey. The hotel had seven pools and it was fully booked. I guess because everywhere was easter vacation in Europe, so peak season 🙂 But I must say, even though it was fully booked, It wasnt crowded at all. I mean yeah it was crowded, but you didnt notice it, because the resort is so big that all guest werent at the same place. The resort has two restaurant, one behind and one in front of the beach. It has a gym, a doctor clinic and a small minimart. It has everything 😉 And our resort is in front of the beach 😍 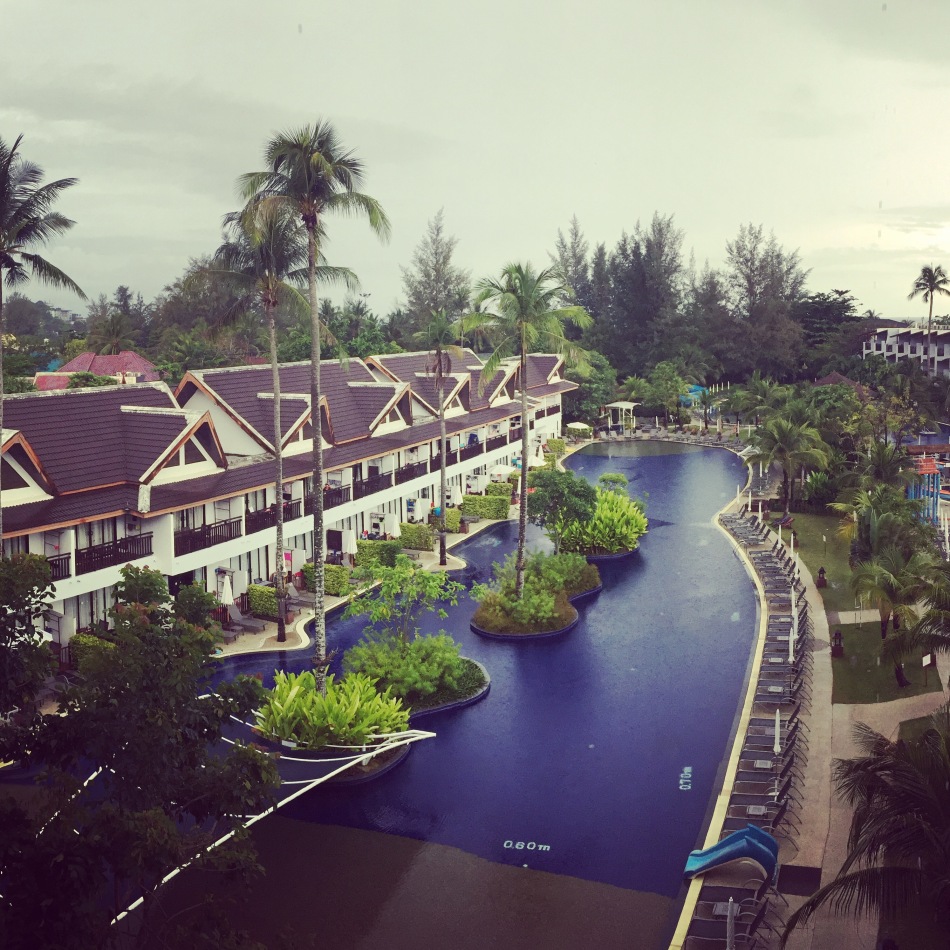 We had halfboard in our hotel. So we had breakfast and lunch or dinner. The breakfast was very good, but I must say it was very european like. You could choose from eggs, sausages, cheese, flakes, different breads, pancakes, fruits, marmalades, baked beans etc. but only in a tiny little corner, there was Thai food, which was very small with only few selections. I wish it would be more local. But for my brother and my hubby, they’d prefer the european like breakfast 😂 They said they like Thai food for lunch and dinner, but if it comes to breakfast,……. 😂 Sometimes we’ve chosen lunch, sometimes dinner. For the halfboard you got vouchers, which you could use for lunch or dinner. It includes starter, main course and a dessert. It was more than enough. Sometimes I didnt eat a starter or a dessert, because the food was huuuuge! You could choose between different Thai foods and also from european-like foods. From Thai Curry to Pizza. Drinks werent included. Most of the time, we had our dinner at the hotel restaurant. And it was so hot, sometimes we didnt want to eat lunch, no appetite! Foods outside wasnt so expensive. You could have eat with drinks for like 6€ – 10€ per head. In the hotel restaurant is was like 9€ – 12€ per head. We had a studio type room with a balcony. I think the room with halfboard was about 2000-2200€ for two weeks. 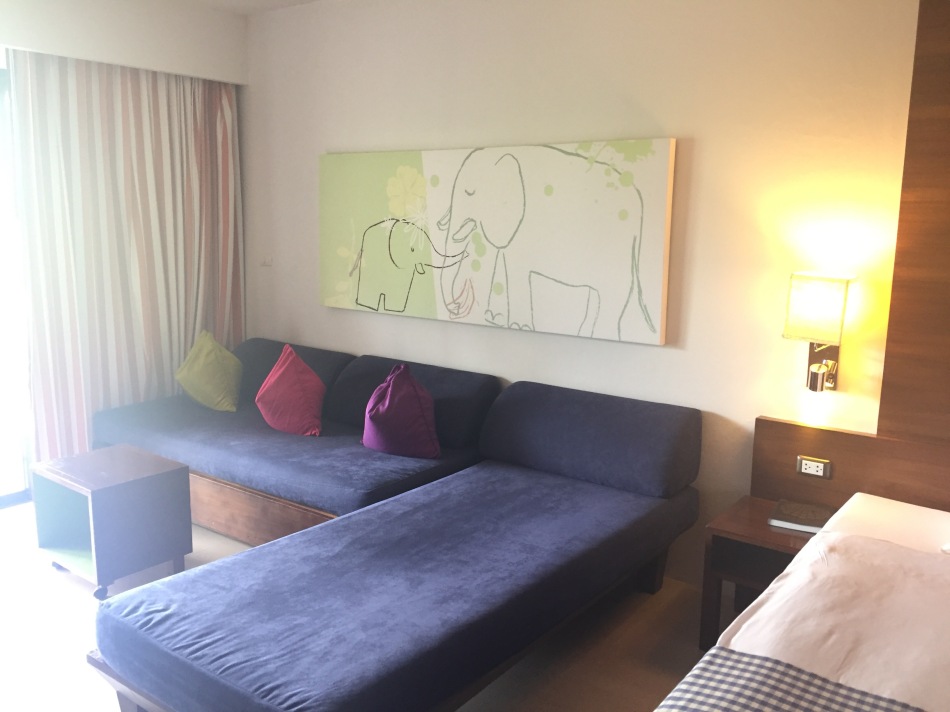 Our diving course was the only activity that I booked in advance. I didnt pay it it advance but I reserve it like three weeks before. We made our Open Water license in Merlin Diving Center here in Kamala. It was important for me, that the course is in small groups. Thats why we’ve chosen the Merlin Diving Center here in Kamala. Its about 400€ – 450€ per Head. In other diving school you go by boat with 20-30 divers 😭 We were only 8 divers per boat. 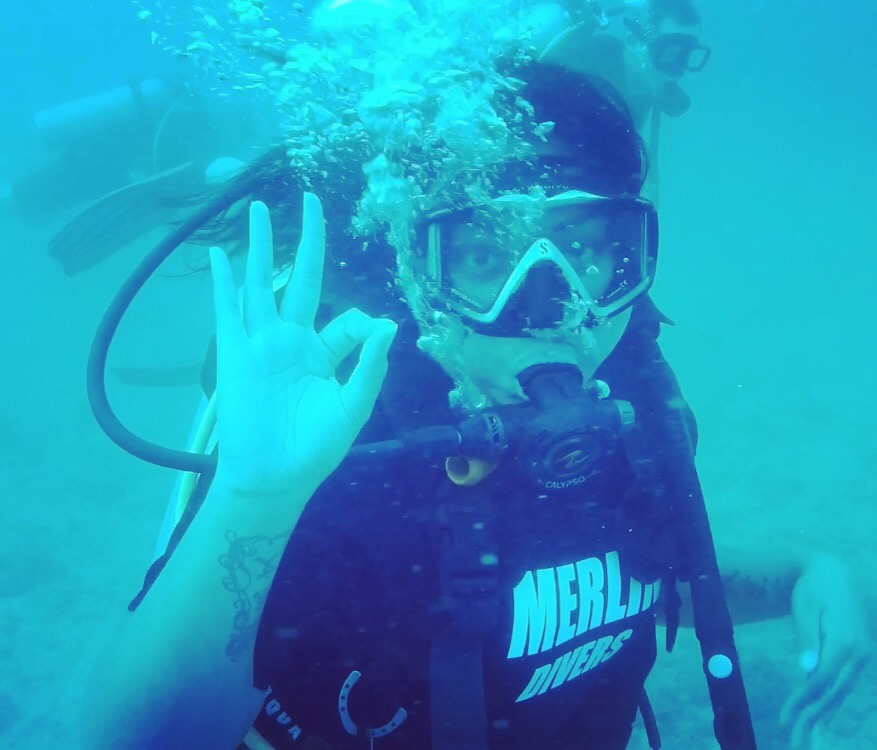 Phi Phi Island XXL was one of the activities that I booked here in Kamala. If you book your vacation through a german agency like TUI, ITS or L’TOUR, there will be a german speaking contact partner from your agency in the hotel. They offer guided tours. Of course it is much expensive if you book the tours directly to your contact person than outside the hotel at the local agency. But it is much safer, especially if you travel with kids. First of all it includes insurance and in case of you want to cancel your trip, you can cancel it a day before and you will get your money back. The Phi Phi Island is great. A paradise! We visited all famous bay arround Phi Phi Island. With the XXL trip, you had enough time to stay at each stop. Normally they only stay like 40 minutes per stop, but we could stay like 60-80 Minutes per stop. And we visited 8 spots 😊 Drinks and foods were included and we had a big speed boat. Phi Phi Island was about 106€ per head. 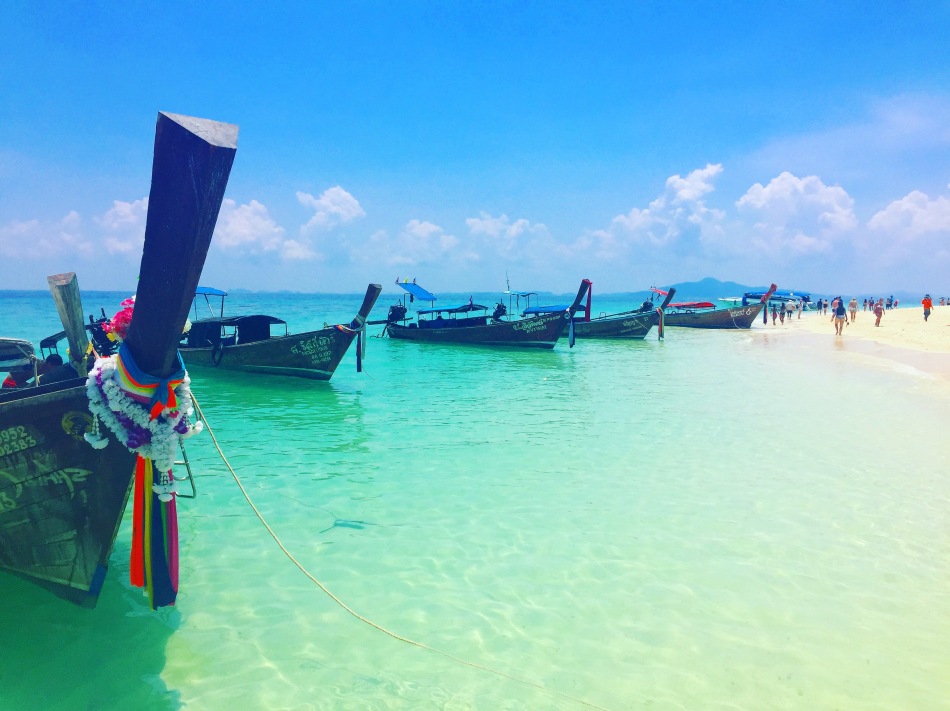 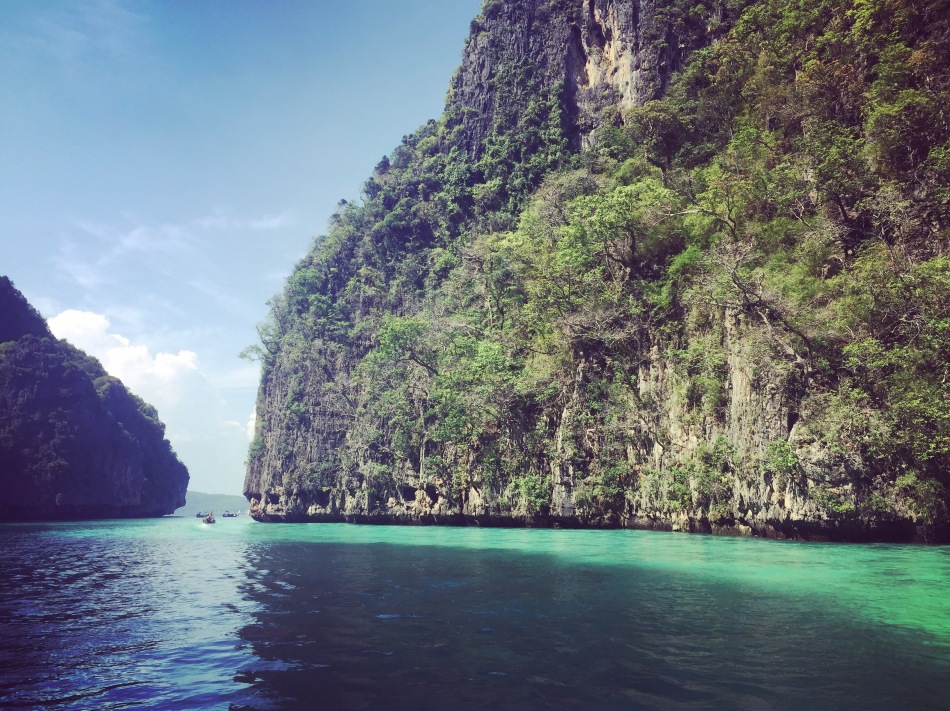 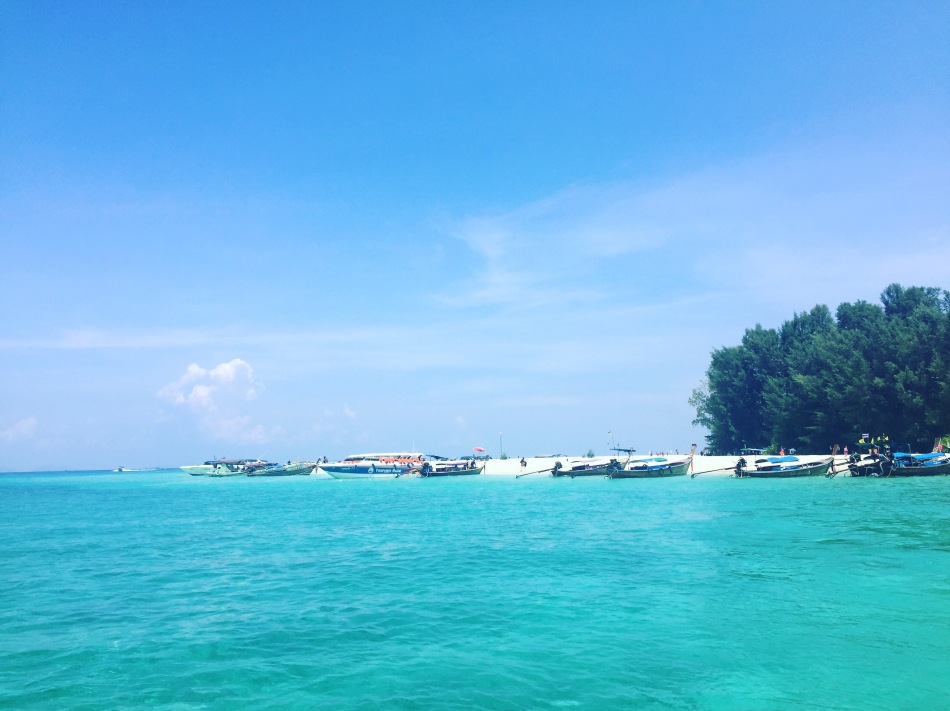 Another tour that I book in Kamala was the Phuket Explorer Trip! It was great. During this trip you could experience the living, culture and tradition in Thailand. It was a whole day tour and it was awesome! We visited the big buddha, Wat Chalong, a cashew farm, chinese temples, Phuket oldtown and a typical Thai farm.  It costs 72€ per head. 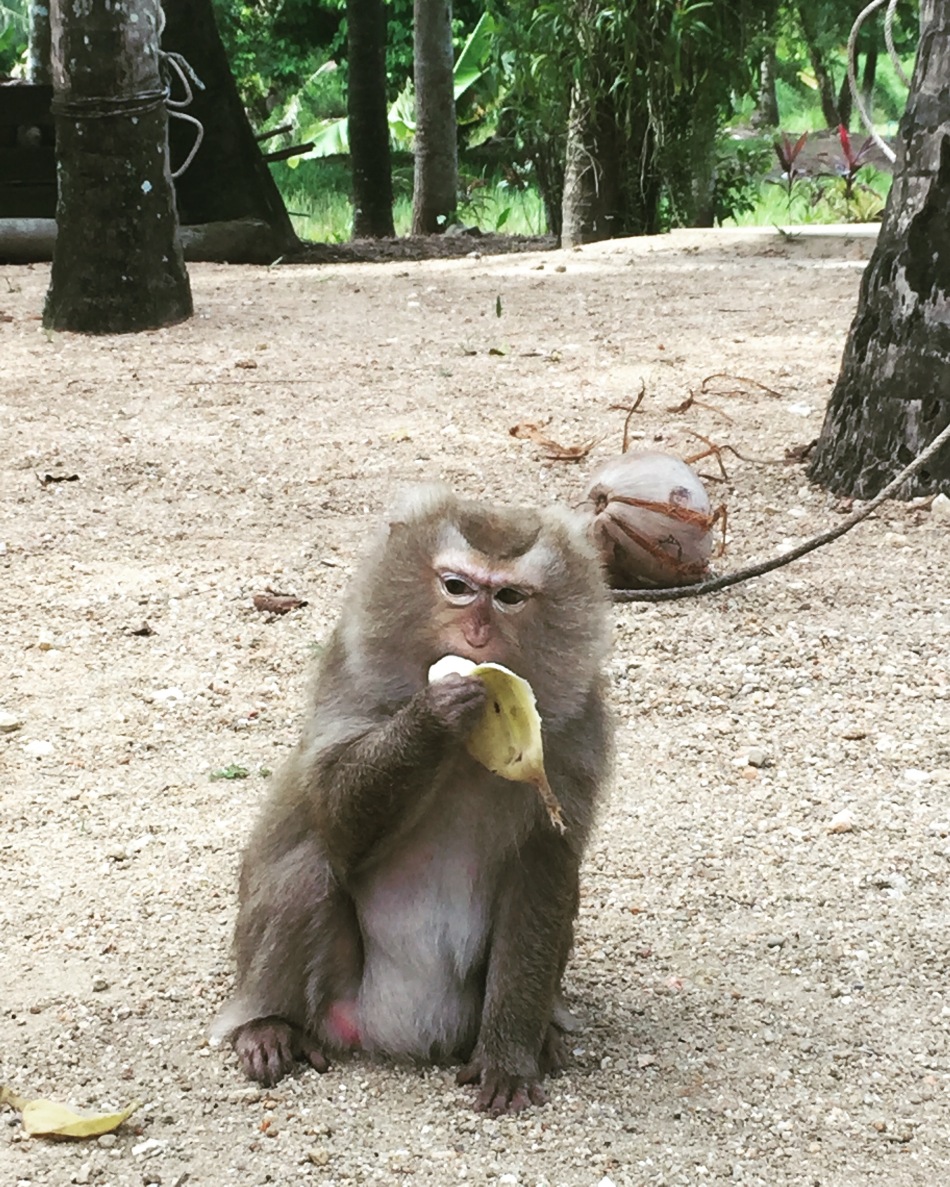 Racha Island was one of the destinations on my list. But we didnt go there because everyone was telling us that it is soooo crowded. So I leave it.

Patong Beach is Phukets centre! We’ve been there two times. And it is very crowded 😂 The nightlife is awesome, but I will tell you more about it in my extra blog about Patong. 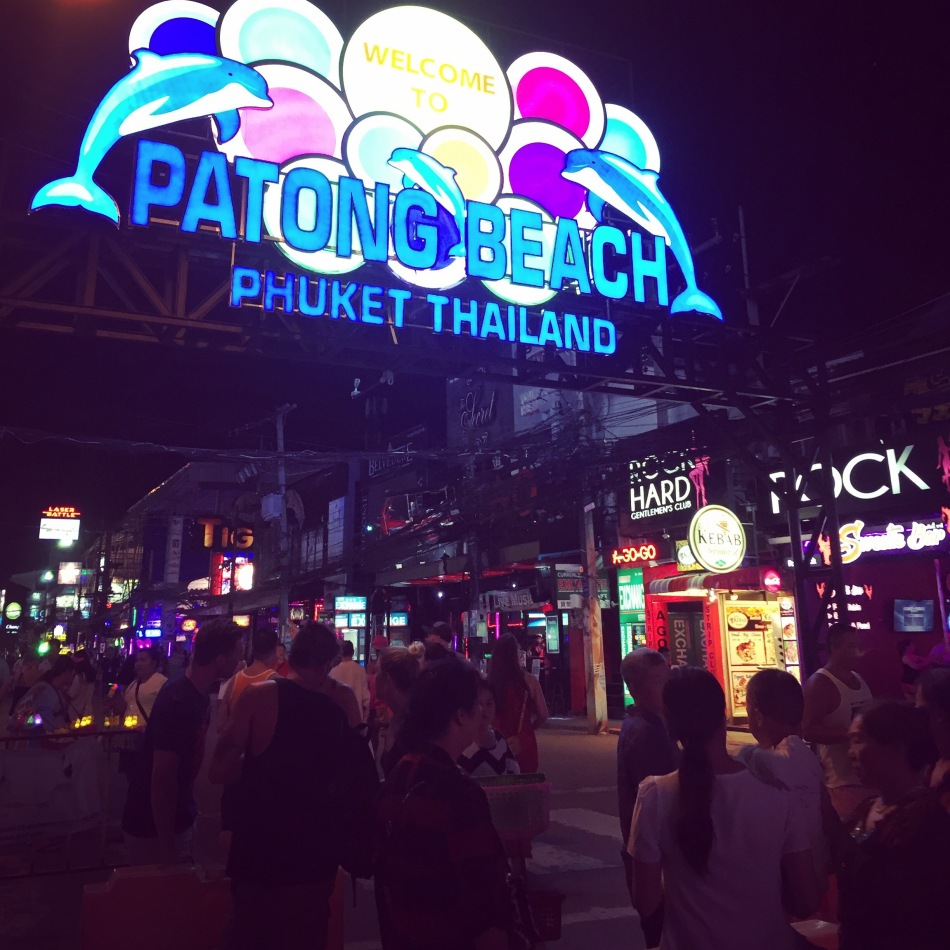 Taxi and Tuktuk is kinda expensive here. Ive been in Indonesia and its much cheaper there to drive with a taxi. The price for taxi and tuktuk is same, expensive in my opinion. They dont use a taximeter, so before you ride you need to speak with the driver about the price. From Kamala to Patong is like 8 Kilometers and one way is 13€. You could also rent a scooter, but in my opinion its kinda dangerous 😂🙈 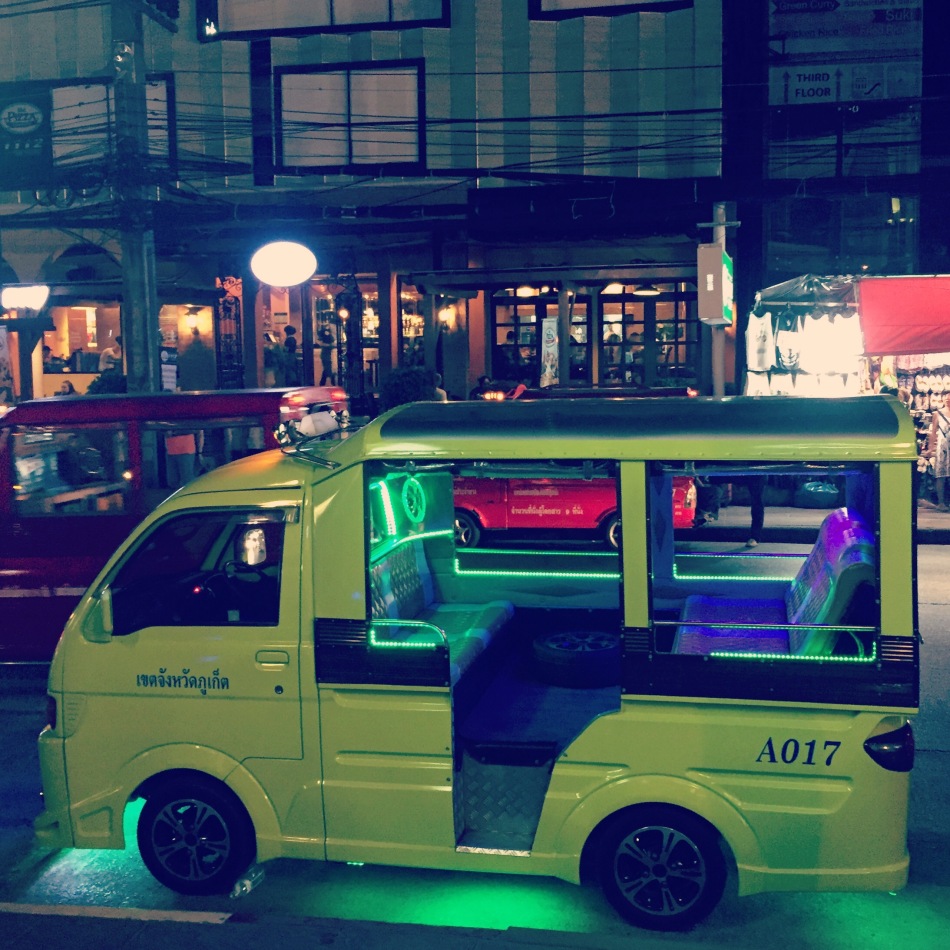 Food and drinks outside was very ok. The prices were ok, but it also depends where you are and what you eat. The funniest thing is that burger king, McDonalds or KFC is pretty expensive here 😂 In Germany we pay like 7€ for a menu, but here you pay like 10-11€ per menu. 😂 Local dishes is much cheaper and more delicous. You can eat between 3€ – 11€ !

Was it expensive??? I think it wasnt cheaper as it was few years before, because Thailand became more and more famous for tourist. But what I can say is, compared to Indonesia, it is much cheaper but compared to Philippines its almost same. As the Thai would say “Same same but different!” 😂 We paid for two weeks, three pax about 7000€ / 7500 USD / 371.000,00 PHP. Other friends of us told me that they were a lot cheaper than 7000€, but they werent in a big resort, they didnt book anything in advance. And also only for the diving we already paid like 900€. Also we bought few stuff here and there. I think Thailand is still cheap. When we were in Indonesia, we paid like 10000€ for the three of us. So Thailand is still cheap in my opinion.

Just have a look!

I think if you dont want to spend a lot of money and if you wouldnt choose a luxurios resort, a  4000€ budget would be enought for three pax. I know we could also save a bit, but if it comes to our vacation, I dont want to care about money. I just want to enjoy my vacation and do whatever I want to do. A lot of people prefer a low budget vacation, i respect that, buuuut I prefer a bit comfortable and awesome resorts. 😊

0 comments on “Is Thailand expensive?”